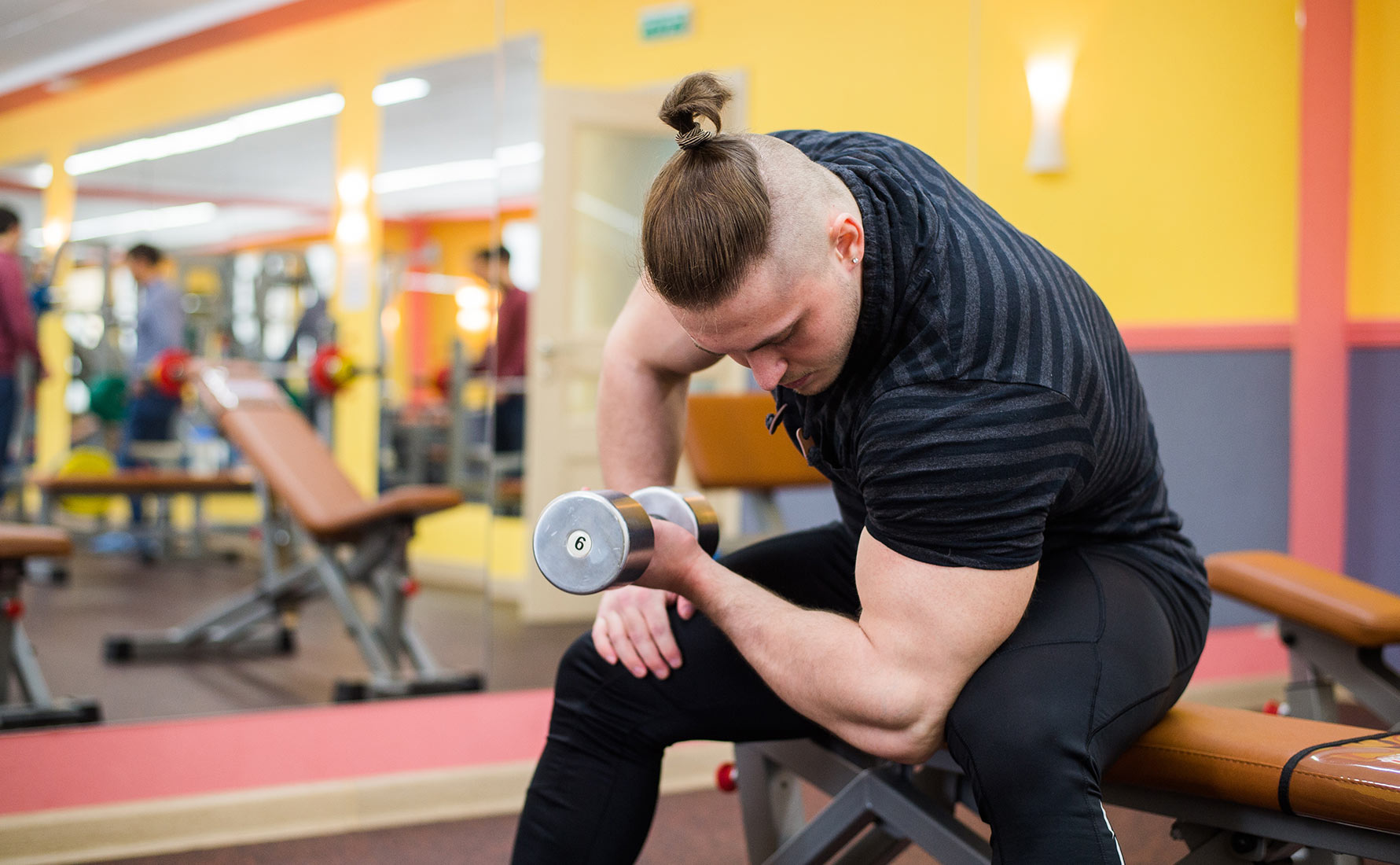 Maltodextrin is a fast carbohydrate that is often used for bodybuilding supplements. However, this substance is also used in many other food products. That is why many athletes are wondering whether it is good or bad to use it. Let’s look at this in detail.

Maltodextrin is a sweet white or cream-colored powder that is highly soluble in water. It has practically no contraindications to use.

What is Maltodextrin Made of?

Maltodextrin is made from corn, potatoes, rice, or wheat, by enzymatically breaking down vegetable starch. The resulting product has a very high glycemic index (from 107 to 135).

The most popular is maltodextrin obtained from corn starch. However, the potato substance is not much inferior to it in its useful properties.

As for wheat maltodextrin, it is contraindicated for people suffering from gluten intolerance. Gluten is found in wheat, barley, oats, and other cereals. It is for this reason that in the United States and Canada, this substance is produced mainly from corn.

The main countries producing maltodextrin are the United Kingdom, the United States, France and China. 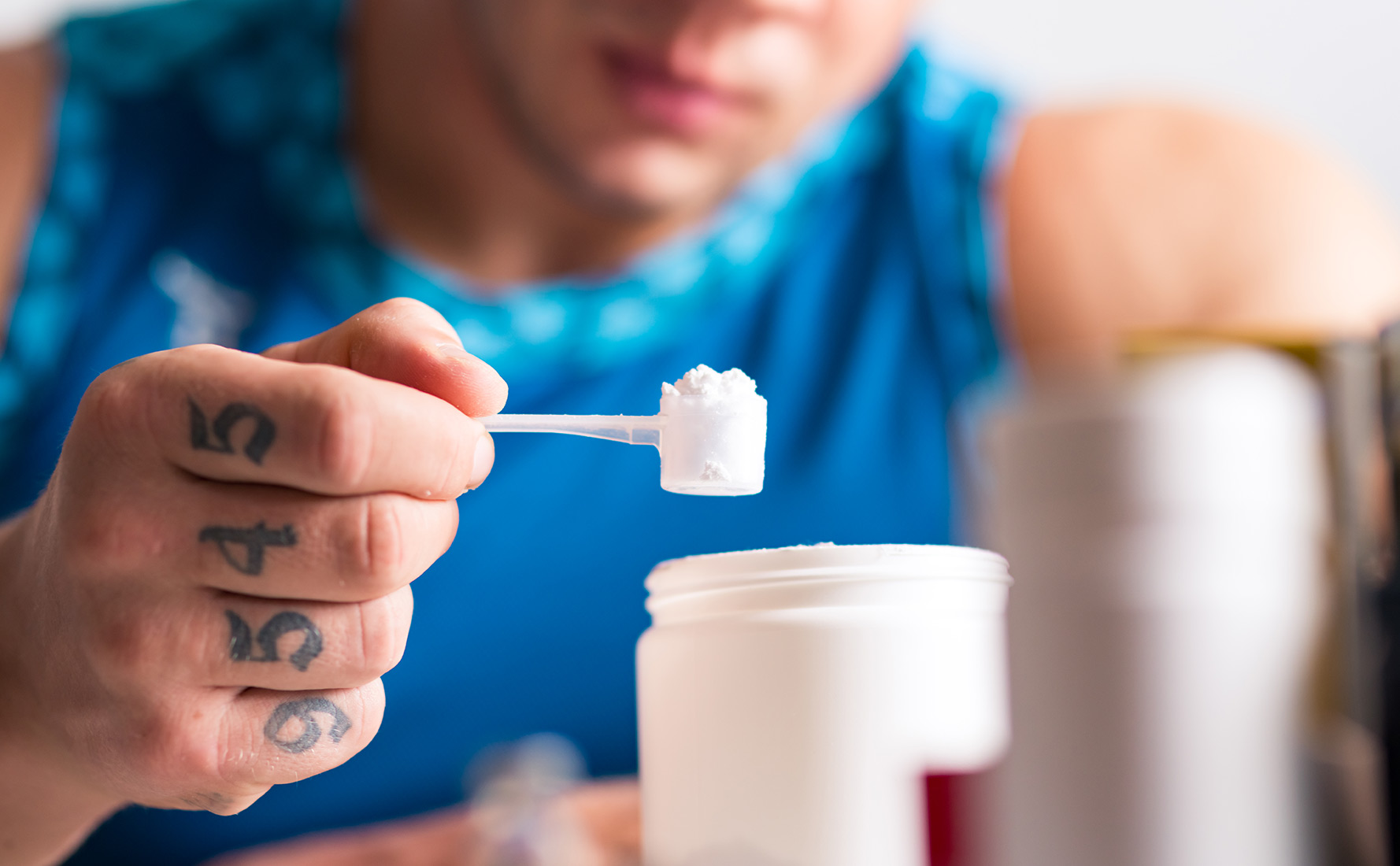 Maltodextrin is an easily digestible organic substance, a simple sweetener and thickener, a close relative of starch and glucose.

It is part of many food products that we constantly see in stores. These are all kinds of yoghurts, puddings, condiments and sauces, salad dressings, bakery and confectionery products, chips, ice cream, chocolate bars and even sausages. In addition, maltodextrin is often added to the composition of baby food (cereals and milk mixtures).

It is also widely used in cosmetology as a component of many creams. Maltodextrin helps to maintain their texture and prevents delamination. In addition, it has protective properties and increases the elasticity of the skin. This substance is also used in the pharmaceutical industry to sweeten certain drugs and improve their digestibility.

What is Maltodextrin Used for in Food?

Manufacturers add maltodextrin to products and sports supplements for the following purposes:

Maltodextrin promotes the growth of beneficial microflora in the intestine, which can be considered the prevention of dysbiosis. The results of a study conducted by Spanish scientists in 2016 were published in the European Journal of Nutrition. They revealed a beneficial effect of this substance on digestion in general and on improving the functioning of the intestines.

The Benefits of Maltodextrin for Bodybuilding

In bodybuilding, maltodextrin is used as an independent drug acting as a source of concentrated carbohydrates, and as an auxiliary substance that is part of certain sports supplements. It is mainly part of the products from the line for gaining muscle mass (in particular, gainers), as it is a source of fast calories.

Maltodextrin has a high caloric content, while its rate of cleavage is relatively low. Therefore, it allows you to maintain a normal level of glucose in the blood of a bodybuilder for a long period of time, while preventing a sharp increase in blood glucose levels, and therefore preventing the deposition of fat.

Maltodextrin is said to be the best post workout carb. It is a good source of glucose and helps restore the muscle and liver glycogen stores used up during exercise.

When digested, this supplement does not need a large amount of water, like some other carbohydrates. Therefore, maltodextrin allows you to get fast calories without the risk of dehydration. Some studies also show that taking this substance can help in maintaining anaerobic energy during exercise.

READ  Rules of application of Andriol testocaps, their types, and purpose

According to research, Maltodextrin in combination with vitamin B6 increases glucose as fuel during exercise.

A number of tests and studies were conducted, as a result of which maltodextrin was officially approved by the scientific community as a substance that contributes to the rapid and effective replenishment of strength and energy of athletes. This sports supplement is not doping and is allowed for use in bodybuilding. 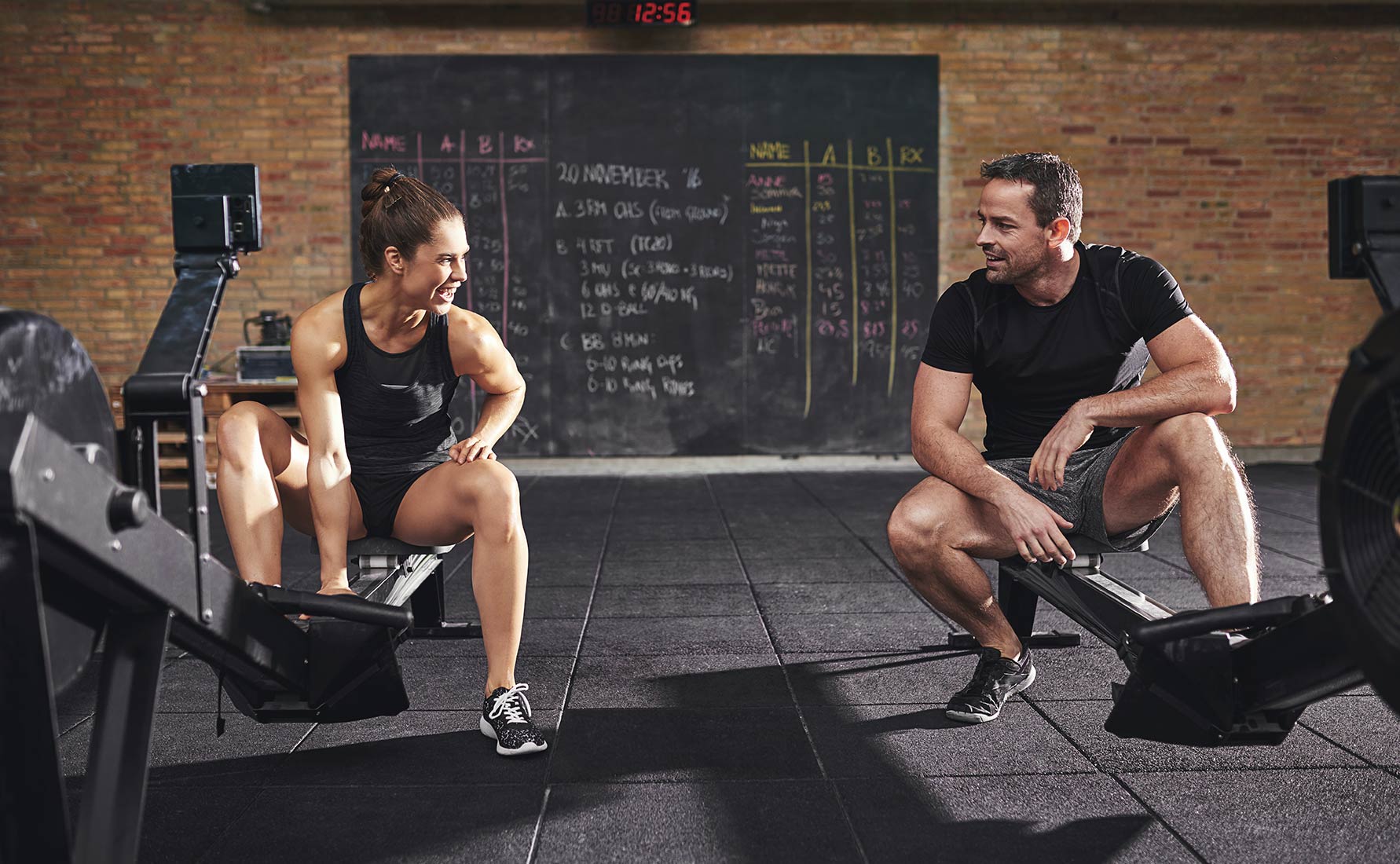 Maltodextrin in Combination with Creatine

Maltodextrin + Creatinbine is one of the best comations to boost your workout performance. Jorge Zuniga of the University of Nebraska at Omaha has conducted numerous studies on the combination of these substances. The result surprised many. When using maltodextrin with creatine, athletes training results increase by almost 35% compared to the results obtained with creatine alone. We can safely say that maltodextrin significantly enhances the effect of creatine.

Moreover, as a concentrated carbohydrate, maltodextrin promotes better absorption of creatine. Incredibly, when taking a mix of these substances, the results of training improve even in those bodybuilders whose body did not give a reaction to pure creatine. 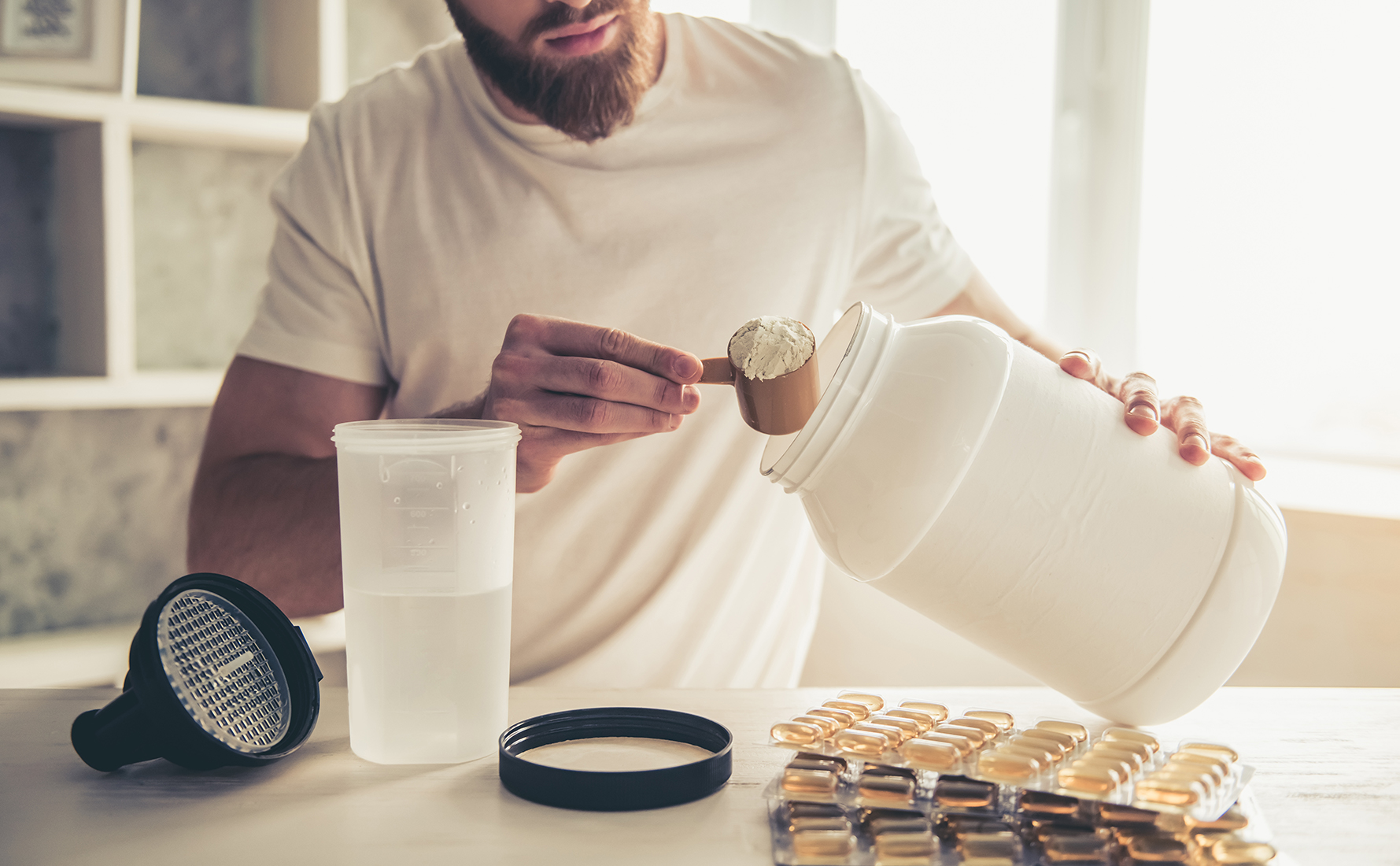 Recently, molecular gastronomy has become increasingly popular. However, few people know that one of the main components of many dishes in this field is maltodextrin. It allows you to give the dish the necessary consistency and sweetness. Also, this substance helps to stabilize ingredients containing a large amount of fat, and increase the volume of dry mixes.

Maltodextrin is not only safe, but also useful for both bodybuilders and the vast majority of people. However, as always, there are exceptions to any rule.

READ  Dbol and test cycle - what is it for?

Remember that maltodextrin is a fast carb. Due to the sweet taste, manufacturers often use it instead of sugar, indicating in the composition of the product that it “does not contain sugar”. But the fact is that it, like sugar, increases the concentration of glucose in the blood, which is safe for a healthy person, but can adversely affect the health of those who have a blood sugar level higher than normal.

Maltodextrin during Pregnancy and Lactation

Pregnant and lactating women can also use maltodextrin, if they do not have an individual intolerance to its components.

However, during pregnancy, it is recommended to refrain from excessive consumption of such products, as they can lead to increased weight gain in people who do not lead an active lifestyle.

Of course, during pregnancy, there is no need to use maltodextrin in its pure form. However, avoiding such products does not make any rational sense. After all, in moderation, this substance is good for health.

Maltodextrin, like sugar and other simple carbohydrates, can be part of a balanced diet, but it should not become a major sweetener, especially for bodybuilders and other athletes. They are recommended to use specialized additives containing this substance according to the manufacturer’s instructions.

If you track the exact amount of maltodextrin and take it along with fiber and protein, it can add valuable carbohydrates and energy to your diet.

Now we can conclude that maltodextrin for bodybuilding is good if you consume it in reasonable amounts. It is also worth recalling that he carries an honorary title the best post workout carb.